NH marketing firm talks clicks and impressions, but is it getting people vaccinated? 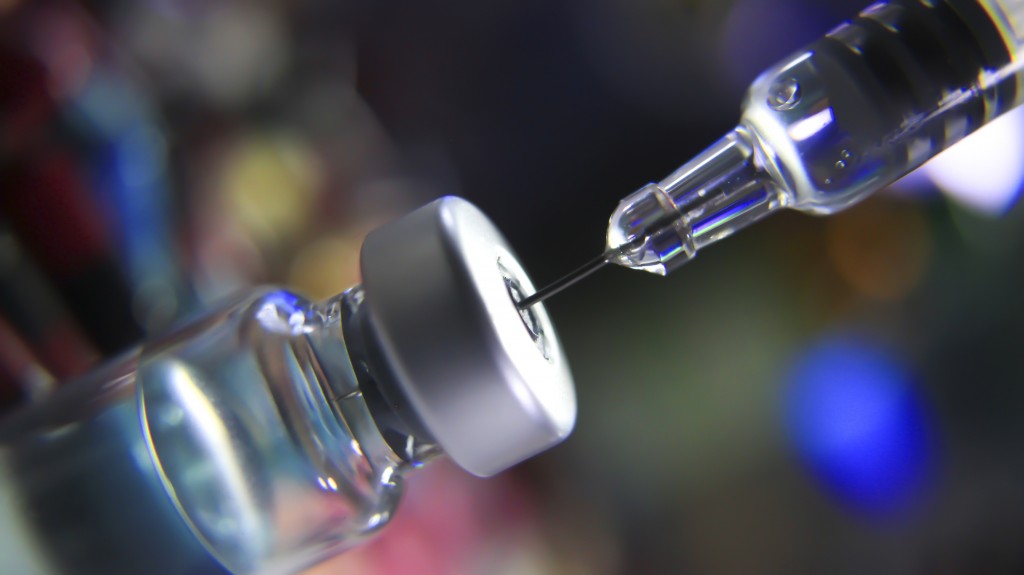 In mid-October, the Manchester marketing firm awarded nearly $1.3 million by the state to boost New Hampshire’s vaccination numbers sent the state a performance report of the newest social media campaign: Ads had 619,736 “impressions” and 1,231 “clicks” on Facebook and Instagram in the first week.

It’s the same proof-of-success evidence the state Department of Health and Human Services cited in August when questioned about the effectiveness of the campaign’s first phase, which included nearly $73,000 in social media ads that ran from April to July.

The problem, experts say, is impressions are meaningless because they count how often an ad appears on someone’s feed, not how often someone stops and looks at it. And it’s unclear, they said, whether the click count matters either because the firm didn’t say in its report whether it had measured a single ad click, which lands someone on vaccines.nh.gov, the state’s vaccine homepage, or the next three clicks needed to reach a list of vaccination locations, or the two to three more clicks required to book an appointment.

In other words, there is nothing in that mid-October report, which the Bulletin obtained through a right-to-know request to the state, to indicate whether the nearly $27,000 it’s spending this month on Facebook and Instagram ads alone is on track to achieve the goal: getting more people vaccinated. And nothing GYK Antler provided in that performance summary shows whether the firm has assessed the campaign’s effectiveness or the possibility that a different approach with different messaging would be more effective.

That matters because this is a high-stakes effort to make the state safer as Covid-19 cases and hospitalizations are surging and the vaccination rate lags at 54.7 percent.

“I spend my days trying to get people away from what we call ‘vanity metrics,’ which are large numbers like impressions, and try to get them to pay attention to actual meaningful goal completions,” said Katie Paine, CEO of Paine Publishing in Durham and founding member of the Institute for Public Relations’ measurement commission. “The problem is that your click rate is only as effective as the number of people who actually click on what you want them to click on.”

Something else stood out to Heather Turner, a small business mentor with SCORE whose work with companies includes digital marketing: the “Your Shot 603” Facebook page linked to the ads. The page was created in March by GYK Antler, has only 31 followers, and has virtually no content to share – not even the new ads – eliminating an opportunity for people to help promote the vaccine to friends and family, an approach Covid-19 messaging studies have encouraged. Meanwhile, misinformation about the vaccine has gained traction on social media because it is so easy to share.

Nor does the Your Shot 603 Facebook page make the vaccination homepage address immediately visible, something Turner recommends to get the most out of the page. And the hashtag on the newest ads, #vaccinatenh, leads to a Health and Human Services Facebook page that promotes immunizations but focuses on the flu, not the Covid-19 vaccine.

“What happens with a lot of businesses is, they’ll say, ‘Hey, I’m getting a lot of traffic from my ad, but nobody’s buying,’” Turner said. “And that’s because somebody gets to their homepage or their landing page and then they bounce,” meaning they abandon the site.

Jayme Simoes, owner of Louis Karno & Company, a Concord-based strategy and marketing firm, questioned the choice of the campaign name “Your Shot 603.” While clever, he wondered whether the firm had tested it with people who avoid vaccinations for fear of needles and pain.

When his firm ran a statewide campaign to drive health insurance enrollment upon passage of the Affordable Care Act in 2010, his team began with focus groups, talking to people representative of their audience about concerns and motivations. He learned they didn’t trust doctors or websites that ended in .gov; believed they were too healthy to need health insurance; and liked getting their information from direct mail (aka junk mail), not their phones.

If GYK Antler is tracking clicks all the way to appointment bookings, it didn’t say so in its report to the state. Nor has it provided that evidence in two right-to-know requests filed in May and August. And neither GYK Antler nor Health and Human Services have returned multiple messages since August.

Health and Human Services hired GYK Antler, which has done marketing work for the state before, for this campaign without putting the job out to bid.

The nearly $1.3 million in federal pandemic relief the state is paying GYK Antler is divided between two phases, the first for $434,500 and the current one that ends in December for $844,000. The contract for the initial phase was also approved in April without the Executive Council’s approval because the governor’s pandemic emergency orders exempted the contract from that oversight.

Nearly $333,000 of that first phase paid for radio, television, and social media spots. The rest paid for creative, media and promotion services and expenses.

Based on the right-to-know documents provided by state, it’s unclear how GYK Antler and state officials in the governor’s office determined the promotion’s messaging or its messengers: New England Patriots player Chase Winovich for most ads and comedian Seth Meyers, raised in New Hampshire, for one. Emails provided by Health and Human Services show U.S. District Court Judge Joe Laplante, who sits in New Hampshire, and Bedford businessman Bill Grenier suggested a different comedian and several pro athletes with New Hampshire ties. They had been part of a group seeking to help the state stand up large vaccination sites early into the pandemic.

The Facebook and Instagram ads include one with Winovich and Gov. Chris Sununu promoting the vaccine from a football field, and several others with Winovich alone. Winovich isn’t identified and was likely recognized by mostly Patriots fans.

In one, Winovich says to himself in the mirror, “Now, this is your shot to show New Hampshire what you’re made out of.” He then speaks to the camera: “Now go out there and get your Covid-19 vaccine. Let’s go! Boom!”

In August, Health and Human Services asked the Executive Council for permission to amend the contract with GYK Antler so it could pay the firm an additional $844,000 for a second campaign phase. Before the vote, Councilor Cinde Warmington asked the department how it was measuring the effectiveness of the campaigns. Department spokesman Jake Leon told her there had been 18.7 million digital and “connected TV” impressions, 6.8 million video views, and 74,584 clicks to vaccines.nh.gov during phase one.

“I’d say that last one tells me that we’re hitting the mark,” Leon told Warmington. The contract was approved, 4-1, with Warmington voting against it.

She raised objections to political figures being in the ads and their designation as having political content. Warmington also said studies have shown that approach to be ineffective and asked Health and Human Services Commissioner Lori Shibinette to commit to not including political figures in the future.

Shibinette declined to do so, saying Sununu – as well as herself and state epidemiologist Dr. Benjamin Chan – appeared in some early promotion because they were the most visible people in the state responding to the pandemic. She said many other states had done the same.

Health and Human Services did not provide any evidence at the council meeting or in the right-to-know responses that those 74,584 clicks to vaccines.nh.gov led to more vaccinations. A look at the progress of the vaccination rate during the campaign’s three-month first phase does not provide clear evidence either. The rate of fully vaccinated people had been climbing steadily and significantly since January, when the vaccine first became available, and continued that way during the first month of that campaign. But the rate began lagging in late June, remained stalled during the next two months of the campaign, and has lagged since.

The approach was far different from what the state Division of Public Health Services proposed from its own research in May, just as the GYK Antler ads began to appear. Its plan, which was also obtained through a right-to know-request, focused on persuading the “vaccine ambivalent” with messages from parents and medical providers talking about the vaccine’s safety and its role in returning to normal. The new campaign mirrors those recommendations.

The campaign’s second phase began this month: Of the $844,000 in the amended contract, $219,000 is for creative and production services and the remaining $625,500 paid for ads, billboards and promotion materials in the state’s liquor stores, according to the contract. Social media ads on Facebook and Instagram account for $70,000 of that.

Three of those new ads, some of which are also in Spanish, feature New Hampshire doctors talking about the vaccine’s safety and efficacy. The doctors also promote the vaccine as the best way to keep adults and kids safe, based on a printout of the ads provided through the right-to-know request. In the other two, a man from Manchester and a woman from Raymond share similar messages and recommend talking to a health care provider. Pediatrician Dr. Holly Mintz, chief medical officer of ambulatory services at Elliot Hospital, didn’t hesitate when the state asked her to appear in an ad.

“Anything we can do to help people to better understand the safety of the vaccination, I’m happy to be part of,” she said in an interview.

In her video, Mintz shares that she has had her own children vaccinated, something she also tells patients unsure about vaccinating their own children.

“There is a lot of misinformation about the vaccine,” she said, “and people who aren’t sure who to listen to are getting information that is not accurate. Anyone can write anything about anything.”

According to the amended contract, the state has asked GYK Antler to target people who are hesitant or reluctant to get a vaccine, with a focus on people between 15 and 50, favor conservative television and radio programs, and have a high school diploma or some college education. There is also a focus on ethnic and cultural minorities.