Believe it or not, your calendar has now said goodbye to more than three quarters of 2021. Investors have been treated to twists and turns this year, and volatility has recently been the name of the game, but there are also some incredible opportunities still on the table.

With that in mind, we asked a panel of Motley Fool contributors to identify top stocks that are worth buying before the year is out. Read on to see why they think that investing in these three industry-leading companies will make you wealthier and happier in 2021 and beyond. 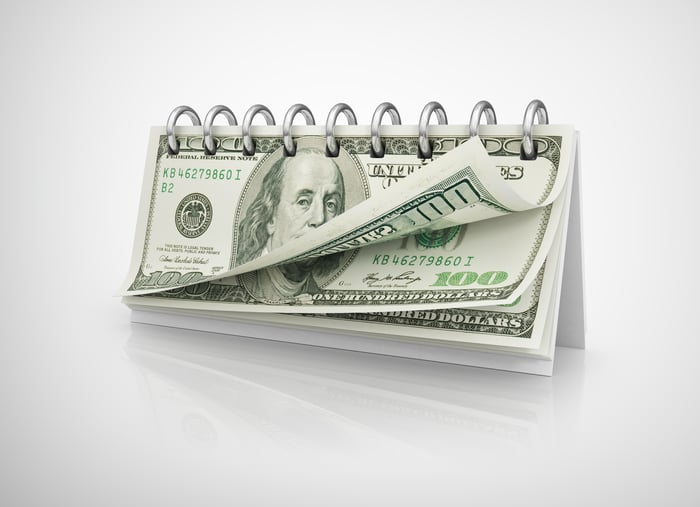 Make a long-term reservation for growth

Keith Noonan: Despite recent volatility for growth-dependent technology stocks and ongoing headwinds in the travel and hospitality industries, Airbnb (NASDAQ:ABNB) stock has managed to climb roughly 25% over the last three months. While the stock’s resilience has been impressive in light of market turbulence, the rental specialist’s share price is still down 23% from the high that it hit earlier this year, but I think it will deliver fantastic returns for investors who take a buy-and-hold approach.

Airbnb has already created a market-leading platform in the vacation rental space, and it’s poised to benefit from a powerful network effect over the long term. More than four million hosts around the globe have listed their properties through Airbnb’s platform, and the company has notched more than a billion guest arrivals since opening its doors.

As more users turn to Airbnb’s convenient platform for rentals, more hosts will be encouraged to list their properties as potential rental spaces. In turn, a greater variety of potential stay options should help to attract more users to the platform. The company already offers convenience, and variety in pricing and location options that trounce the competition, and it doesn’t look like these advantages will be slipping anytime soon.

Airbnb is a fantastic business with a long runway for expansion, and the stock continues to offer an attractive risk-reward dynamic at current prices. The rental leader’s management team expects to deliver best-ever numbers when it publishes results for the third quarter. Signs that Airbnb is helping to power the travel industry recovery could send shares significantly higher. The company is facing some lingering pandemic-related headwinds, but the business has proven to be a rare combination of sturdy and nimble, and it looks well positioned to deliver big growth down the line.

Jason Hall: On the surface, a company that owns billboards, rural broadband services, and an insurance business probably doesn’t sound like a compelling, decade-long investment. Those three business lines account for the majority of Boston Omaha‘s (NASDAQ:BOMN) sales, with steady revenues from its advertising and broadband operations. Plus, operating income and the float from its surety insurance business represent modest growth opportunities.

What makes this an exciting business is what Boston Omaha’s two founders and Co-CEOs, Adam Peterson and Alex Rozek, are doing with the capital it provides. They’re finding even better opportunities in which to allocate those funds to build a more valuable business over time. These investments include adding to its existing billboard and broadband operations as well as owning a litany of minority equity stakes in other industries. These include homebuilding, commercial real estate management and brokerage, banking, and even a SPAC, or special-purpose acquisition company.

This is the right time to invest in a company that’s looking to grow in this manner and has a market cap of around $1 billion. A small stake in Boston Omaha at this stage of its existence could pay off enormously over the next decade and longer so long as its Co-CEOs prove to have the allocation chops that they have shown so far. If they can do this over the long term, it’s not out of the question that this small-cap stock could be a 10-bagger or even more over the next decade. 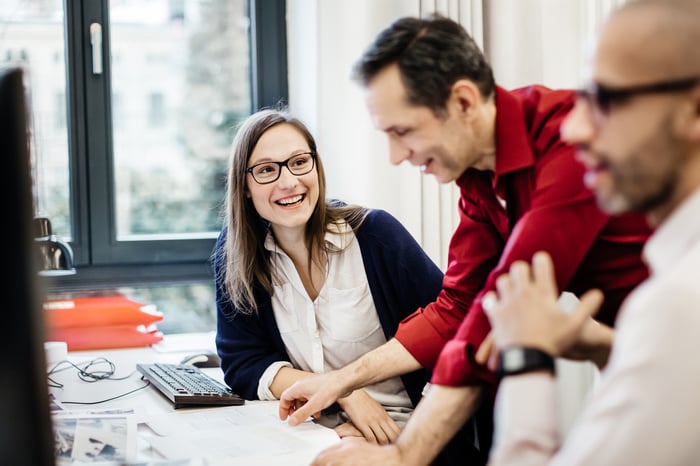 Amazon’s sell-off is an opportunity

Jamal Carnette: Amazon‘s (NASDAQ:AMZN) stock has recently underperformed the market, down 10% in the last three months versus an even-return S&P 500. The driver was poorly received second-quarter earnings in which the company missed analyst estimates on the top-line.

However, the report was better than it initially appeared after analysts parsed the data. The underperformance was in Amazon’s e-commerce business, which makes sense when you consider it was up against pandemic-era comparisons. Higher margin segments like Amazon Web Services (AWS), third-party seller services, and advertising outperformed and helped the company smash bottom-line estimates by 24%.

Despite having a market capitalization approaching $2 trillion, the long-term trends supporting Amazon’s growth remain intact. E-commerce might feel ubiquitous but accounts for only 14% of total retail sales. eMarketer expects this figure to rise to 20% in just the next three years! It’s other foundational business, AWS, is well situated to benefit from further migration to cloud computing as additional use cases, like artificial intelligence (AI), Internet of Things (IoT), and autonomous vehicles come online.

Investors are overlooking another potential catalyst: Unlike other megacap tech stocks, most notably Apple and Microsoft, Amazon has mostly avoided capital return efforts. You might recall that Tim Cook reinitiated Apple’s dividend and has even issued debt to buy back shares. Not to be outdone, Microsoft CEO Satya Nadella recently announced a massive $60 billion buyback authorization.

To date, Amazon has been rather stingy with its cash after decades of low-to-no profitability and cash flow. However, as the last earnings showed, the company’s profit trajectory has steeply increased. If history is a guide, you’ll see a more shareholder-friendly approach under new CEO Andy Jassy in the decade ahead. With strong growth in its core businesses and the optionality to begin capital return efforts, Amazon’s not too big to continue rewarding investors.

This article represents the opinion of the writer, who may disagree with the “official” recommendation position of a Motley Fool premium advisory service. We’re motley! Questioning an investing thesis — even one of our own — helps us all think critically about investing and make decisions that help us become smarter, happier, and richer.